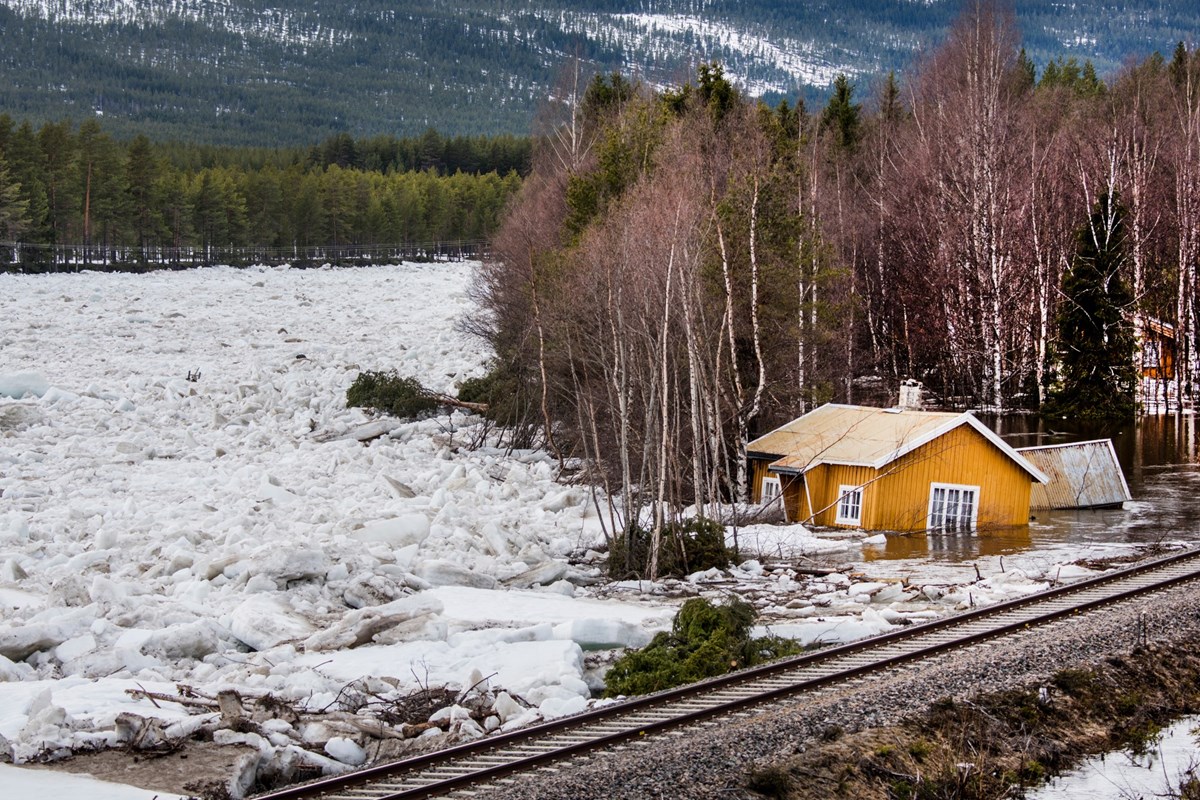 Winter is coming. How well prepared is your municipality?

The climate is changing more quickly than ever before. Norway’s municipalities need to prepare for the unexpected. KBN’s new climate risk tool can help you to succeed.

More and more frequent extreme weather events both locally and globally, as well as the greater costs they cause, have brought about an increasing awareness that action is needed. According to the UN’s IPCC, the world needs to halve its emissions over the next 11 years if we are to preserve the world as we know it today. Figuratively speaking, winter is coming. We can expect stricter climate policies, a faster pace of technological development, and changing consumer preferences as a response to the challenges. In addition to physical risk and transition risk, municipalities may be held responsible for failing to adapt to climate change where this harms others. All of this means municipalities face financial climate risk.

How can your municipality work on climate risk issues?

KBN and CICERO have worked together to produce a web-based climate risk tool. The tool offers an introduction to climate risk and for each municipality provides details of how climate change, climate policies and developments in technology may represent a financial risk.

The consequences will be felt locally

Climate change will potentially not only affect the value of real estate and infrastructure but will also impact population growth, employment and economic growth. Many municipalities have experienced the consequences of physical climate risk directly, e.g. stormwater runoff flooding basements, floods and landslides damaging infrastructure, or extreme droughts damaging crops or reducing water quality or causing water shortages. In the future, rising sea levels will represent a threat to Norway given it has the second-longest coastline in the world. Even if climate change and the majority of climate policies are global, the consequences will be felt locally.

Transition risk may cause job losses and lost revenue

The EU’s target of becoming climate neutral by 2050 will have a major effect on Norway’s exports of oil and gas. Very few of Norway’s municipalities are directly involved in the petroleum industry, but the majority of municipalities are home to people who work in the industry itself or in industries that are suppliers to it. These jobs will face significant transition risk when the world makes the enormous transition from fossil fuels to renewables in the coming decades. Norwegian car giant Møller is expecting to incur significant losses in the coming years on petrol and diesel cars being returned by leasing customers due to the electrification of Norway’s cars. Bertel O Steen is making 200 employees redundant for the same reason. These are examples of transfer risk caused by policies, technological development and changing customer preferences – all having an impact at the same time.

The climate has been on the agenda of many Norwegian municipalities for years, and as the biggest lender to the sector by far, we are now seeing increasing investment in projects that take climate-change into account. KBN’s portfolio of green loans grew by a sizeable 50% in 2018. The majority of municipalities are taking a long-term perspective when investing in new projects. Buildings, transportation solutions and local government infrastructure built today will have to last well into the low-carbon era. Norway’s ageing population is also part of this future, and this will put significant pressure on public sector budgets. These prospects mean that it is more important than ever for municipalities to make investment choices that are adapted to the different kind of future we are facing.

KBN wants to help its customers to have the best possible basis for making decisions about the welfare solutions of the future. We have therefore worked this past year with CICERO and the Norwegian Climate Foundation on pushing the financial risk implications of climate change higher up local-government decision agendas. Our new climate risk tool contains both general information on climate risk as well as specific information for each of Norway’s municipalities.

Assessing the threats and opportunities posed by climate risk needs to become a natural part of managing a municipality. Ignoring it could mean losing billions of kroner.

Read more: Check the level of climate risk for your municipality