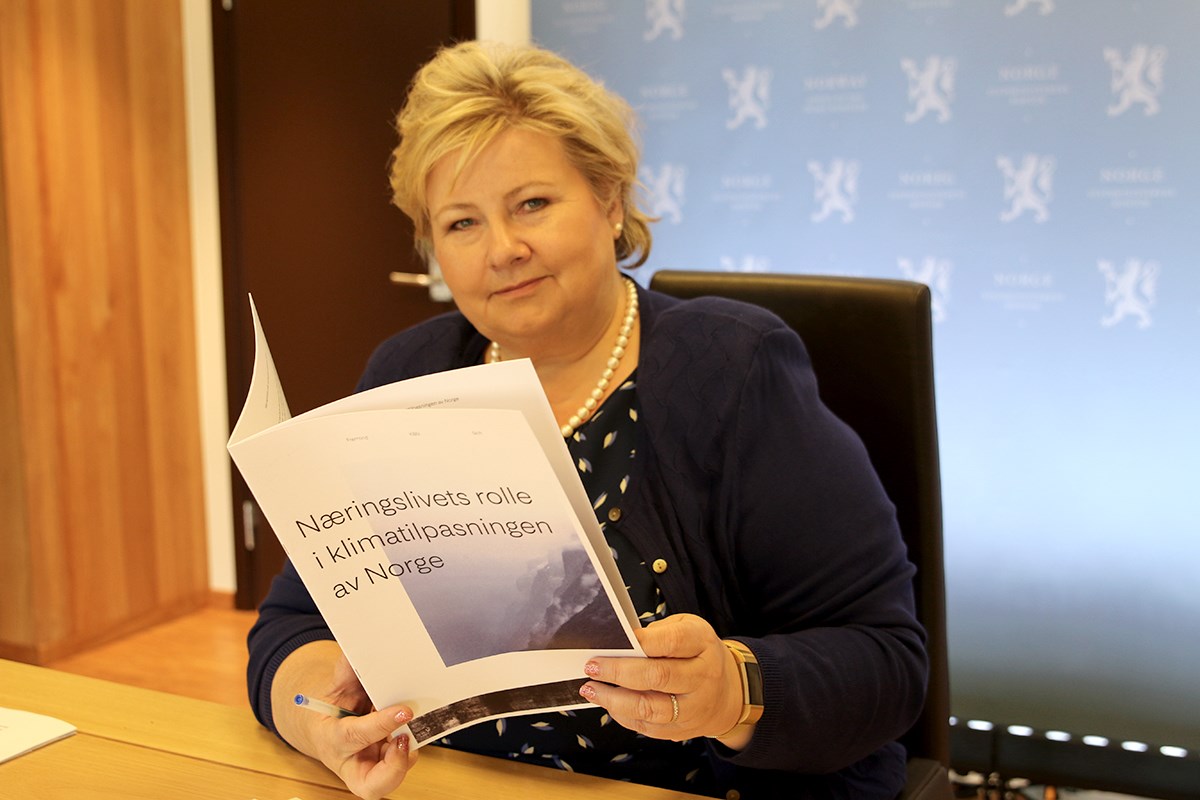 In 2020 KBN and Fremtind Forsiking, an insurance company, decided to produce a report regarding the role of business and industry in adapting Norway to climate change. Following a workshop involving a range of businesses that are members of Skift, KBN and Fremtind produced a report containing proposals for measures that business and industry should implement immediately. This was submitted to Prime Minister Erna Solberg on 9 June, and represents a response to a challenge she issued in autumn 2019.

“The local government sector and local businesses have a common interest in adapting to climate change, not only to limit damage but also because doing so can create new business opportunities. Many investments have an expected economic life of multiple decades. This creates a need to plan and implement measures to reduce exposure to both physical climate risk and transition risk”, comments Jannicke Trumpy Granquist, President and CEO of KBN, the most important lender to the Norwegian local government sector.

“Business and industry need to face up to a new reality in which climate change will increase the frequency of extreme weather events and natural catastrophes. Leaders of small and large businesses alike across Norway need to start addressing these challenges now”, comments Turid Grotmoll, CEO of Fremtind Forsiking, which was formed when DNB and SpareBank 1 merged their insurance operations.

The report, “Business and Industry’s Role in Adapting Norway to Climate Change” is available here (only available in Norwegian).

The experience of businesses currently working to adapt their activities to climate change is that responsibility for this task is thinly spread across various ministries and levels of public administration. The public has limited knowledge of the overall consequences of climate change, the need for climate change adaptation measures and the costs involved.

The measures proposed in the report are based on extensive knowledge sharing and information gathering activities, and the companies involved recommend that businesses do the following to start adapting their activities to climate change:

Many businesses need to implement measures to protect against extreme weather

Based on new analysis and a new methodology, the Norwegian Water Resources and Energy Directorate has calculated that it will cost NOK 85 billion to protect Norway’s buildings against flooding and landslides. Over 200,000 buildings need protection.

Business leaders can also see there is a need to protect buildings. According to a survey** carried out by Respons Analyse for Fremtind earlier this year, more than four in ten business leaders that own their own premises agree that they need to take steps to prevent damage to their premises as a result of wetter and wilder weather.

“Climate change adaptation is about recognising that the climate is changing, understanding what the consequences of this will be and implementing appropriate measures, either to prevent damage or to use the opportunities that the changes may create”, explains Turid Grotmoll.

*Skift is a business-led climate initiative. The network’s goal is to be a driving force for Norway’s achievement of its climate goals by 2030. Read more about Skift here. The report’s authors include senior executives and experts from Umoe, Multiconsult, the Norwegian Society of Engineers and Technologists, GK Gruppen, KLP, the Norwegian University of Life Sciences, the Norwegian Electrical Trade Association, Norconsult, NRK, Agder Energi, Asplan Viak, the University of Bergen/the Bjerknes Centre for Climate Research, Formuesforvaltning, DNV GL and Fo°tprint Consulting – in addition to managers and experts from Fremtind, KBN and Skift.

**The survey was carried out by Respons Analyse on behalf of Fremtind Forsikring in February 2021. Leaders from 100 businesses with their own buildings/infrastructure responded to the survey.