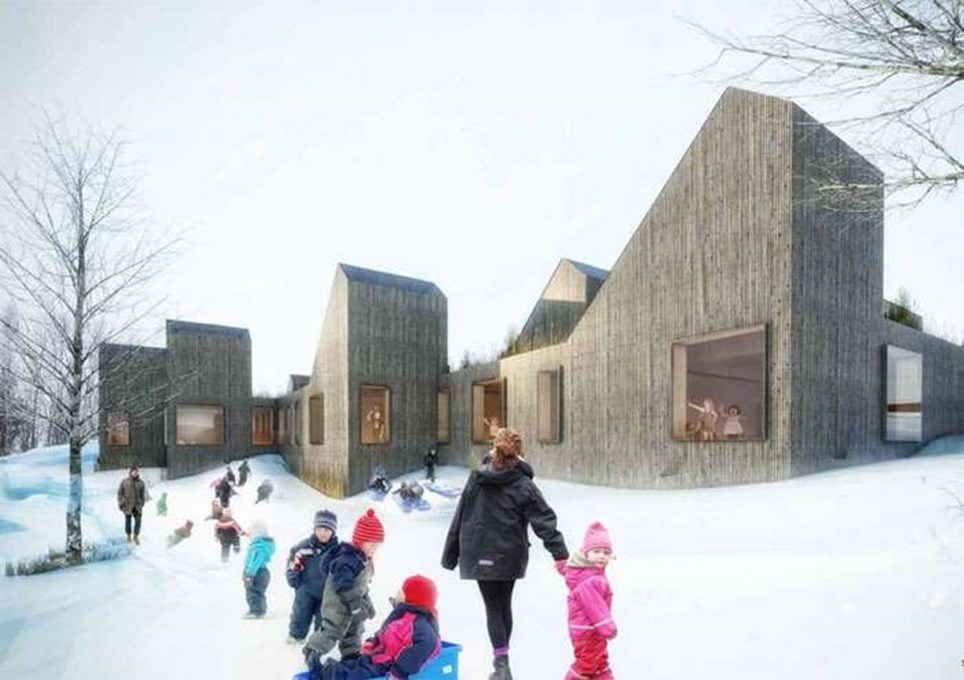 Asker Municipality is building an environmentally friendly nursery and a swimming pool complex, and is saving money thanks to green loan financing from KBN.

Asker Municipality is very ambitious with regard to its climate and energy work. Its ambitions are now becoming a reality, including at Kistefossdammen Nursery and Holmen Swimming Pool Complex. These are both pilot projects at FutureBuilt, with the aim of delivering lower greenhouse gas emissions from transport, energy consumption and building materials than would be the case for equivalent conventional solutions.

“At KBN, we are proud to have been part of the team thanks to our financing of the buildings with our green interest rate”, comments Lars Strøm Prestvik, Chief Lending Officer at KBN. “Adopting ambitious climate-friendly solutions can be a little more expensive during the investment phase, but it is so important that municipalities are willing to pursue ambitious projects as Asker has done. We therefore want to help cover some of the additional cost together with other aspects of public policy”, he continues.

KBN’s green loan that totals NOK 380 million will save the municipality NOK 380,000 in interest expense in the first year alone. Over the course of the first ten years of the loan, the saving will be NOK 3 million in today’s money.

Asker Municipality selected KBN as its source of financing at the end of 2016 following a competitive tender process.

“We carried out a competitive tender process to obtain financing for these wonderful projects. KBN was able to offer the cheapest and best financing solution compared with all the other financial institutions involved in the process because our projects qualified for its green interest rate. It is great to see public sector organisations, in this case Enova and KBN, helping us to use expensive but cutting-edge and environmentally friendly building technologies in our buildings”, comments Stian Røraas-Lundquist, the CFO of Asker Municipality.

KBN has a program of discounted loans for climate-friendly projects.

The green interest rate is granted to projects that result in less energy consumption or lower greenhouse gas emissions, or contribute to local climate change adaptation.

The roof of Kistefossdammen nursery is covered with 300 square metres of photovoltaic solar panels that produce 50,000 kilowatt hours of electricity a year. Picture: Christensen & Co AS

Nursery that creates its own electricity

Kistefossdammen Nursery is likely to become the first public sector 'plus-house' building in Norway, which is to say that it will produce more power over the course of a year than it uses. The nursery will achieve this thanks to the 300 square metres of photovoltaic cells on its roof and its use of geothermal boreholes. The building will also be very energy efficient. Furthermore, environmentally friendly building materials such as timber are being prioritised in its construction. The nursery will be completed in March 2017.

Holmen Swimming Pool Complex has similar solutions to the nursery: photovoltaic solar panels on its roof and walls, geothermal boreholes and numerous energy-saving features. Norway’s most energy-efficient swimming pool complex is a high-quality facility with an 8-lane main pool measuring 25m by 21m, an exercise pool, a gym, a social area and a café, as well as a recreation area on the roof. Low-carbon concrete is being used in its construction, which will help reduce the emissions caused by the building materials significantly. The pool will be ready for use in April 2017.

Climate-friendly projects such as Kistefossdammen Nursery and Holmen Swimming Pool Complex have a slightly higher price tag than equivalent projects built in accordance with the TEK10 building regulations, but various aspects of public policy can help cover much of the additional cost. Asker Municipality has received nearly NOK 10 million in support from Enova for the Holmen Swimming Pool Complex, and NOK 1.1 million for the nursery, in addition to being granted a green interest rate by KBN. The green rate is 10 basis points cheaper than KBN’s normal interest rate on loans, and this will save Asker Municipality NOK 380,000 in interest payments each year at today’s interest rates.

“The money we lend out on green interest rates we borrow ourselves by issuing green bonds in the international capital markets. Investors the world over are increasingly interested in projects that are ambitious from an environmental perspective. Together we are developing a global market for green finance, which will benefit Norway’s municipalities”, comments KBN’s President and CEO, Kristine Falkgård.

Both the buildings are what are referred to as pilot projects at FutureBuilt, a collaborative project between the Norwegian Ministry of Local Government and Modernisation, Enova, the National Association of Norwegian Architects, the Norwegian State Housing Bank and several large municipalities in Eastern Norway. To qualify as a pilot project, a building must generate no more than 50% of the emissions a reference project would generate as a result of the building materials used, its energy consumption, and transportation to and from it. The aim is for the municipalities involved to become experienced in such projects so they can share this with other municipalities, making it easier for the next municipality that might want to construct an energy-plus building, for example. 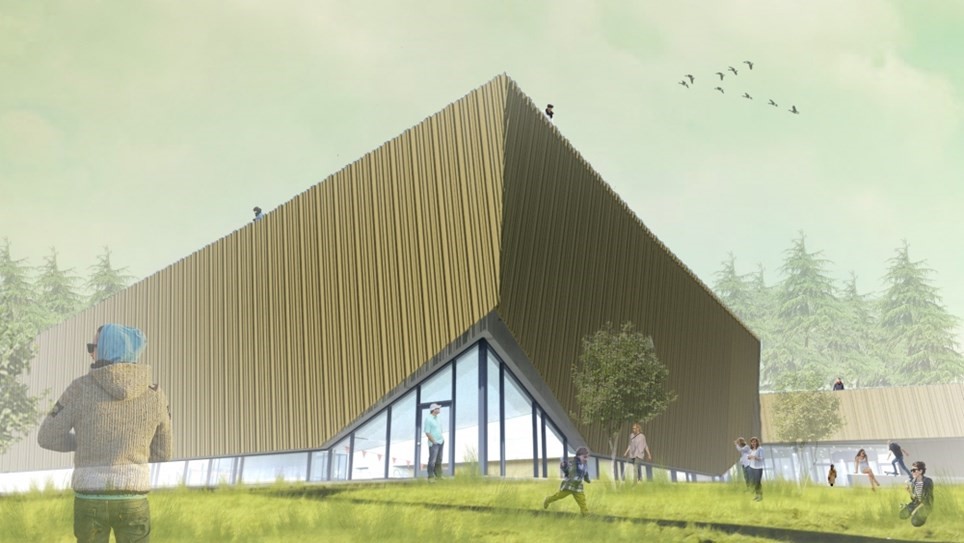 Holmen Swimming Pool Complex is being built to the passive house standard, and 80% of its heating requirement will be met by renewable energy. Photo: Arkis Architects