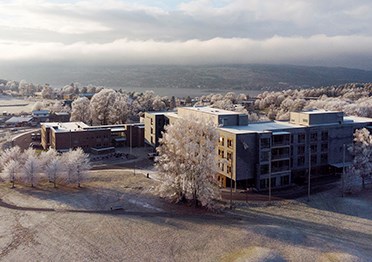 The old retirement home from the 1970s was too small, and Frogn Municipality needed to create more spaces to prepare for a future with more elderly people.

“It was easy to calculate that building a new home was the most economical. With the new standards for the size of the rooms, refurbishing the existing retirement home would have resulted in fewer rooms than we had. The result would have been that we would still have had to build a new home”, explains Arne Krokeide, the Head of Operations at Frogn Municipality.

I meet Arne in the café in Ullerud Health and Care Centre, which has now been completed 15 years after the initial planning work started.  The construction work was completed in three phases, and the Head of Operations is very pleased with the final result.

The Municipality received seven proposals as part of the tender competition. Mass timber turned out to be NOK 24 million cheaper than a traditional building made out of steel and concrete. This was particularly the case once you factored the life-cycle costs into the calculation – mass timber was the obvious choice, and the local councillors had already decided that unless the cost of building in mass timber was more than 2% higher than other building materials, it would be used.

Calculating life-cycle costs is complicated. You have to factor in energy consumption, operations costs and maintenance for a period of at least 30 years. The materials used internally and externally also have to be taken into account. Everything from the flooring, to the exterior wall cladding and interior wall coverings have to be made out of materials that require as little maintenance as possible without costing too much initially. 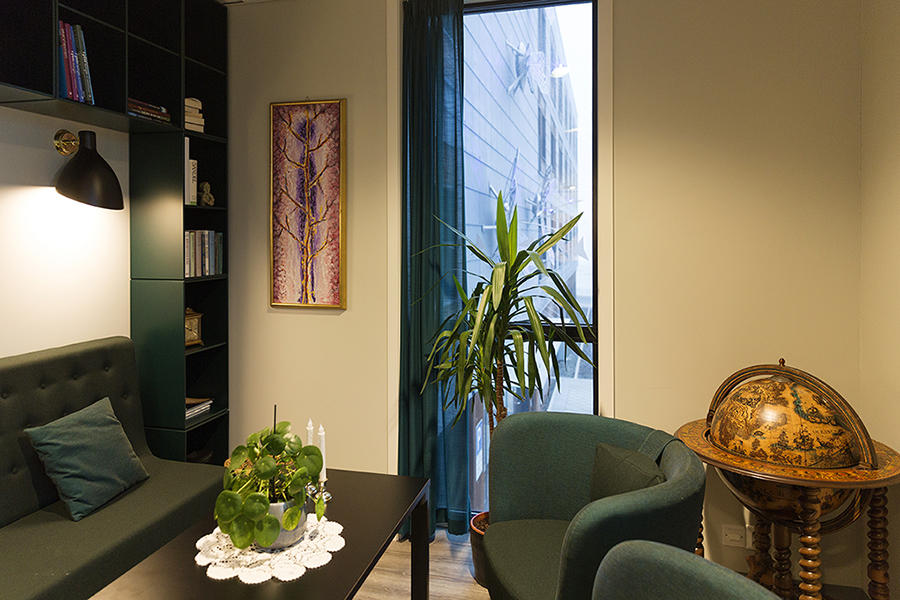 Ullerud Health and Care Centre is the largest construction project undertaken in the history of Frogn Municipality, and is Norway’s biggest nursing home made out of mass timber.

“We decided to mostly use maintenance-free cement cladding outside. Where timber has been used, it is pressure-treated timber that has been impregnated with oil – it will not require any maintenance for at least 30 years. For the flooring inside the building, we have used linoleum and tiles, which are more hardwearing than parquet flooring or slate, for example, which the architects really wanted”, comments Arne.

Even the smallest of details was assessed – right down to the paint used on the walls, windows, doors and wall coverings.

“We at Frogn Municipality have a requirement that states that all materials must be environmentally certified. There is a lot to get to grips with, but we are gradually developing our expertise. This construction process has increased our expertise significantly. But we would not have achieved it without using hired-in experts”, explains the Head of Operations.

For heating, water-born underfloor heating was chosen, with the heat derived from 18 on-site boreholes. There was an unexpected bonus when they found out that they could use the heat produced by the municipality’s data centre to heat the hot water using a CO2 heat pump. The data centre has been sited in the building as an extra security measure in case anything happens at the town hall.

“Originally this was not part of the plan. But the data centre produces an enormous amount of heat, and we are now using this to produce hot water for the building. The system was quite expensive to install, but the payback period for the NOK 3 million it cost was just two years. The data centre has thus become an energy resource instead of a liability”, comments Arne.

The health and care centre is Frogn Municipality’s first building project in mass timber. And, for the Head of Operations, it resulted in a number of positive surprises that benefited the budget. The mass timber components were delivered ready for installation with the openings for doors, ventilation, pipes and windows already cut into them. This meant there were far fewer construction mistakes that needed correcting, which meant big savings.

The multiple uses to which the building is put were another important aspect of the municipality’s calculations:

“By using the retirement home as more than just a retirement home, we are making savings. The centre also offers physiotherapy and rehabilitation for patients recently discharged from hospital, as well as respite care and assisted living units for people with dementia. It also hosts concerts that are open to everyone, and organisations and teams can use the premises for various activities. Because we have an emergency generator here, the building has also become an emergency centre where we can make space for ill people or elderly people who still live at home who need help if there is a power cut that lasts for a long period”, comments Arne.

Constructing a big building with space for a large number of people also generated economies of scale:

“The buildings are linked to one another by walkways, meaning we have a shared kitchen and fewer staff than if we had spread the spaces out over more buildings”, comments Arne. 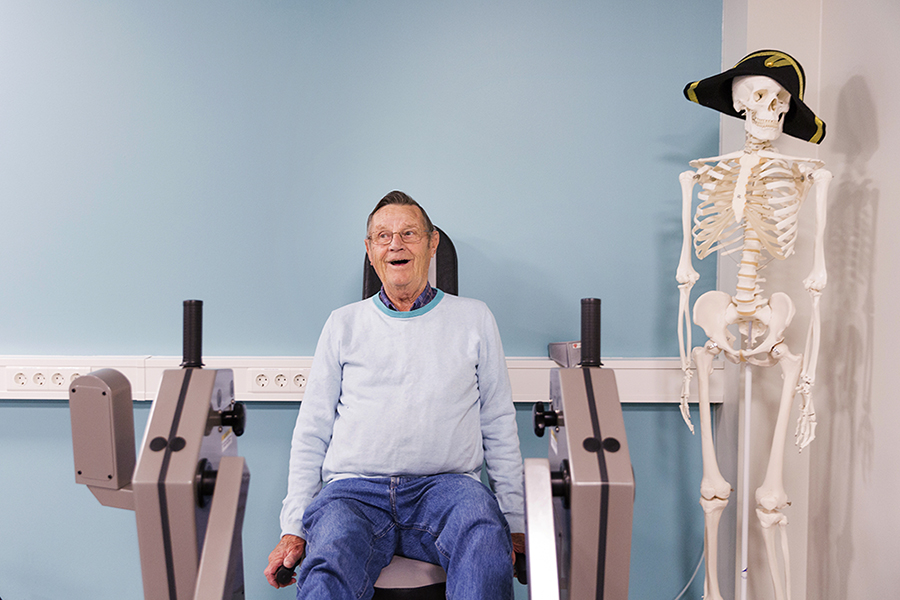 Tore, a resident, is pleased with the exercise facilities available at Ullerud Health and Care Centre.

“We were also able to factor into the calculation the revenue from the sale of the plot on which the old home stood. It was a great plot that was sold to a real-estate developer who is going to build apartments on it”, explains Arne.

The new health and care centre also qualified for a green loan from KBN, meaning the interest rate on the loan is lower. 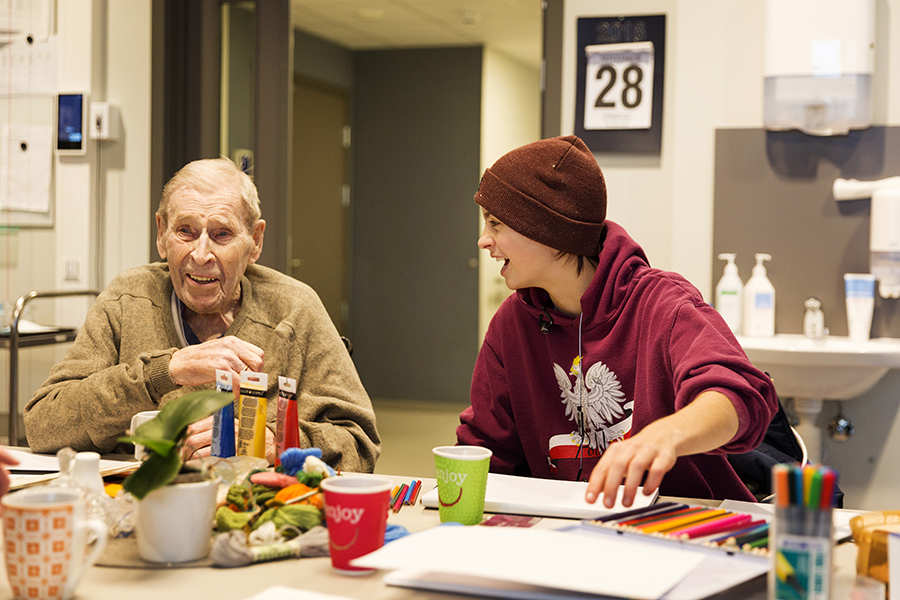 The local lower secondary school is right next to the centre, and the pupils often visit to go to the canteen or to say hello to the residents.